This article aims to reveal the portrait of the study of the interpretation of the Qur’an in Betawi, by taking case studies in several taklim assemblies in the Betawi community led by Betawi scholars. The question posed is, how is the dynamics of the study of Al-Qur’an interpretation in the Betawi community, especially when there is an issue of blasphemy against the former Governor of DKI Jakarta, Ahok? This article is written using Gadamer’s theory of interpretive constructs which includes elements of interpreter history, pre-understanding, text horizon and reading. This article shows that the study of Tafsir Al-Qur’an in the Betawi community has been running for several years. As in general, the Betawi people make mosques and prayer rooms as taklim assemblies or places to seek religious knowledge guided by ustaz or formerly known as mualiim. The pattern of the resulting study cannot be separated from the social background and education of the teacher, so that each object of this research has a distinctive character. The study method is taught thematically either following developing issues or by following the order of juz Mushaf Al-Qur'an. 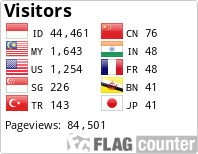